Top places to visit in Istanbul

Istanbul is a city that carries its cultures and history well, blending them into a city to offer visitors of all nationalities. This city, the former seat of the Ottoman Empire, is today a large modern city surrounded by historic squares, ancient mosques and cathedrals and old bazaars whose traces date back to the Neolithic era. The largest city in Turkey, Istanbul offers charm and attraction that can please everyone. Here is a selection of the best places to visit in Istanbul.

Istanbul’s most important landmark is this Genoese tower 14th century, built in the early 14th century. The tower is over 220 feet tall and has a nine-story interior. At the top of the tower is a restaurant that features Turkish dances and traditional cuisines. Galata has great clubs and wine bars that provide plenty of entertainment and fun. From the top of the tower, you can even admire the city from an exceptional point of view. Don’t forget to get off at Galata Bridge. Here you will be able to watch a lot of fishermen as you cross the Golden Horn and across the Galata Bridge you will find Misir Carsisi (the Egyptian bazaar) which dates from the 17th century.

The Archaeological Museum actually consists of three museums: the Archaeological Museum, the Ancient Orient Museum, and the Tile Kiosk Museum. The three museums share more than a million objects from civilizations around the world. Founded in 1891 on the grounds of Topkapi Palace, the Turkish Museum was Turkey’s first museum. Thousands of artefacts, including the sarcophagus of Alexander the Great, can be found in museums, including the Tile Kiosk dating from 1472.

The Church of Chora (Kariye Müzesi)

Visitors to the church of Chora say that it is worth going there because of the wonderful mosaics and frescoes which depict the life of Jesus and his mother, Mary. It is recognized as one of the finest examples of Byzantine architecture surviving on earth. La Chora is a 13th-century building that originally served as a monastery. Later it became a mosque, then in 1948 a museum.

The Basilica Cistern has been providing water to the people of Istanbul since the sixth century when the Roman Emperor Justinian I ordered its construction. The visit of this architectural wonder amazes visitors with its very advanced technology for the Romans. The underground cistern, located a few steps from the Blue Mosque, was built on the site of a basilica built in the 3rd century. From Russia with Love used the Sunken Palace as the filming location for From Russia with Love. The cistern contains 2.8 million cubic feet of water.

The Palace has been compared to the Palace of Versailles for its luxury, plush and beautiful features. This palace covered in gold leaf in Turkey became the most luxurious building in the country at the end of the 19th century.  This palace houses a world-famous Bohemian crystal chandelier, which Queen Victoria gifted to six sultans (and who hosted them) from 1856 to 1924. Located along the European side of the Bosphorus, the setting for Dolmabahce Palace is mind-blowing.

The beauty and tranquility of the Soulaïmaniyé Mosque leave many visitors feeling inspired by its spirituality. Sultan Suleyman the Magnificent, who ordered the construction of the mosque in 1550, mixed Islamic and Byzantine architectural designs in the mosque. The result is a design that is truly stunning. During World War I, a fire broke out in the gardens as the structures served as weapons depots. The mosque suffered extensive damage, but it was restored in the middle of the 20th century. A sultan built the mosque. Its dome was the tallest in the Ottoman Empire at the time of its construction.

The 5,000 stores in Istanbul’s Grand Bazaar make it one of the largestmarkets coveredin the world and a must-see for shoppers. Over a quarter of a million visitors a day flock to the bazaar, where you can find jewelry, rugs that may or may not fly, spices, antiques, and handcrafted ceramics. The bazaar has two mosques dating from 1461, four fountains, two hammams and a center where the most precious and rare objects are traditionally found. This is where shoppers can find antique coins, inlaid weapons, and antique furniture.

For centuries, the sultans of the Ottoman Empire ruled from here on the edge of the Bosphorus, as a palace was first built by Mehmet the Conqueror in the 15th century. These centuries-old mosques are one of the most elaborate examples of Islamic tycoon art, with interior courtyards lined with hand-painted earthenware tiles, each of which has its own intricately carved banisters. One of the most fascinating places is the Harem, where the Sultan’s many concubines and children spent their days. You can experience the palace’s expansive kitchens in the Second Courtyard and the stunning interior of the Imperial Council Chamber in the Third Courtyard, which houses the Sultan’s private chambers. This courtyard also houses a collection of relics belonging to Prophet Muhammad in the sacred guard room, where there are many illuminated gold objects and precious jewellery that draw the eye to the water. It is advisable to spend at least half a day visiting the palace. The Topkapi Palace is located Babihümayun Caddesi in the Gulhane Park.

Despite its recent history, the Blue Mosque remains one of the most important mosques in Istanbul. As such, it was closed to visitors five times a day for prayer. Shoes should be removed for all visitors, and women’s hair should be covered for men. The Tulip Collection has 200 stained glass windows and 20,000 ceramic tiles, all adorned with delicate tulip designs. A mosque named after the dome and the interior in blue tiles. Built by Sultan Ahmet.

Justinian lived in AD 536 when he first entered his completed church and shouted, “Glory to God, that I have been chosen for such a work, O Solomon, I have succeeded in surpassing you ”! Aya Sofya was the Emperor’s proud statement to the world about the wealth and technological capabilities of his empire. Traditionally, the area of ​​the church near the Emperor’s throne was considered the center of the world. The Aya Sofya has remained one of Istanbul’s most treasured sites for centuries, from its conversion into a mosque in the early Ottoman Empire to its rebirth as a museum in the 20th century.

The district is the commercial center of Istanbul. Taksim Square and Istiklal Street, which leads to Taksim Square, offer many people-watching opportunities for foreigners. And along Istiklal Street, you will find a lot of trendy shops, cafes, and restaurants. In times of national celebration, Taksim Square is a popular meeting point.    In conclusion Istanbul is full of ideal places for tourists. Its cultural heritage makes it the most visited main city in Turkey, and highly recommended for students going to study abroad. You will always find new things to do in Istanbul. 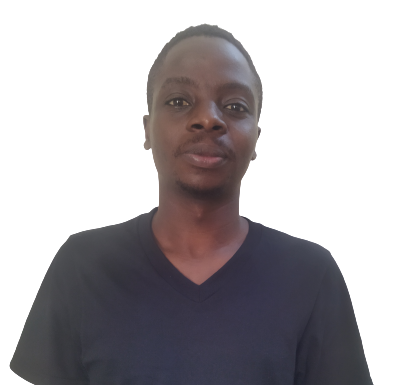 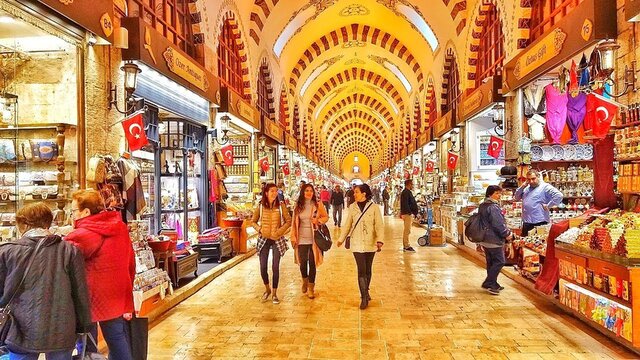 11 Dishes to Try in Turkey

Visiting Turkey allows you to experience the diversity and longevity of Turkish food, as well as the legacy of the imperial cuisines 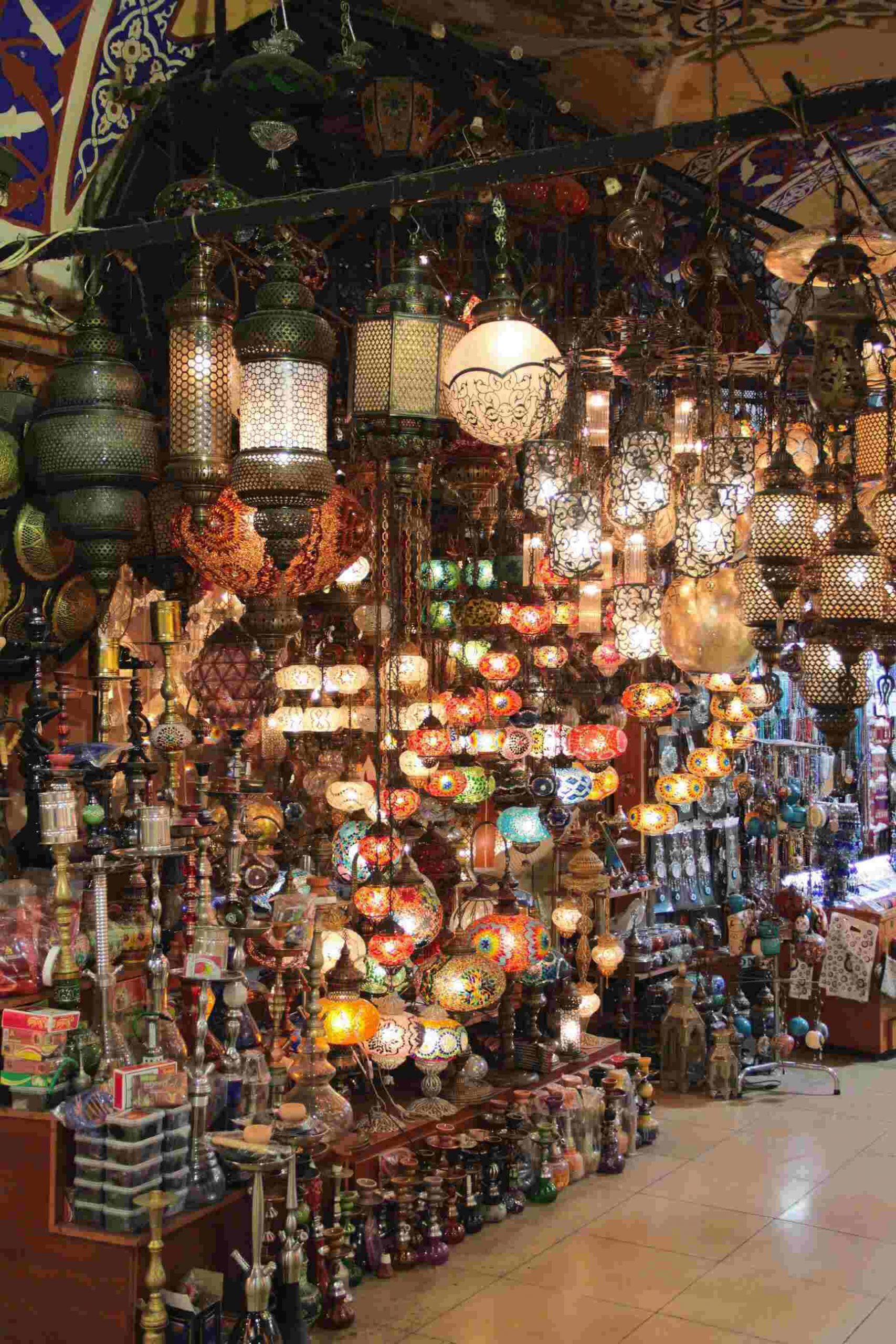 A Tour of Istanbul’s Best Markets

The tradition of establishing markets in Turkey dates back to the Ottoman Empire. Over 200 markets are set up in downtown Istanbul 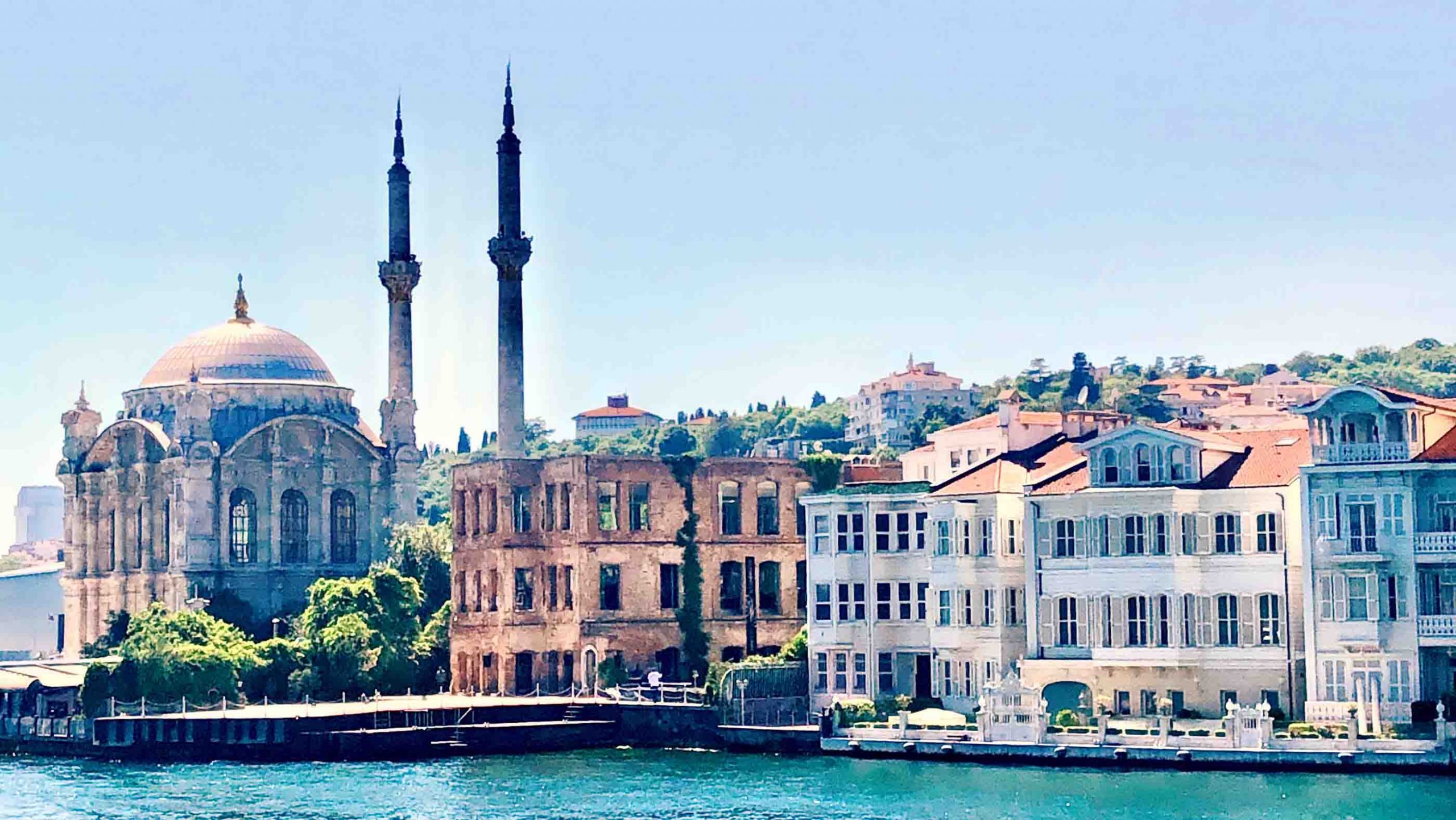 Reasons to study in Turkey

Studying in Turkey is an increasingly popular choice for African students who want to continue their studies abroad. It has a plethora